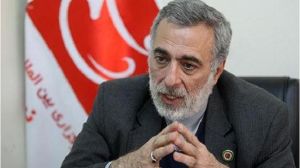 Hossein Sheikholeslam, Iran’s Majlis (Parliament) director general for international affairs, made the remarks during a meeting with Cuban Ambassador to Iran William Carbo Ricardo in Tehran on Tuesday. Sheikholeslam said Iran has long stood by Cuba and the two countries have supported each other politically and economically despite the efforts by the United States and the West to harm Tehran-Havana relations. He went on to say that the expansion of Iran-Cuba ties has dealt a heavy blow to US propaganda campaign against the Islamic Republic’s relations with Latin America. Referring to the close relations between the two countries, Ricardo emphasized that Cuba is eager to strengthen political, economic, cultural and parliamentary cooperation with Iran.

On December 28, 2012, US President Barack Obama enacted “Countering Iran in the Western Hemisphere Act” which calls for the US State Department to work out a strategy within six months to “address Iran’s growing hostile presence and activity” in Latin America. Since 2005, Iran has opened six new embassies in Latin America. It now has 11 embassies and 17 cultural centers in the region.