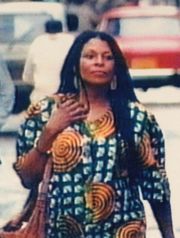 Gov. Chris Christie has joined the growing call by New Jersey leaders demanding that Cuba return fugitive cop-killer JoAnne Chesimard as part of any negotiations the United States enters to normalize relations with its long-estranged neighbor.

The governor’s office issued a release on Sunday that included a copy of a letter sent by Christie to President Barak Obama, dated Dec. 18, urging him to “demand the immediate return of Chesimard before any further consideration of restoration of diplomatic relations with the Cuban government.”

“Cuba’s provision of safe harbor to Chesimard by providing political asylum to a convicted cop killer, and her ability to elude justice, is an affront to every resident of our state, our country, and in particular, the men and women of the New Jersey State Police, who have tirelessly tried to bring this killer back to justice,” Christie wrote.

Christie wrote he did not share the president’s hopes that opening relations would reverse decades of human-rights abuse under the Castro regime, but that current developments provide the opportunity for Cuba to prove it is serious about change by sending Chesimard back to New Jersey.

“I ask you to use this opportunity to engage with the Cuban government to get this resolved, and I am very disappointed that returning a convicted killer of a police officer was not already demanded and accomplished in the context of the steps you announced regarding this dictatorship,” Christie wrote. “The family of her victims, like so many of those who have, and continue to suffer under the Castro regime, deserve this basic decency before further steps toward Cuba are taken by this government.”

Rep. Rodney Frelinghuysen, (R-Harding), Sen. Robert Menendez and New Jersey State Police Superintendent Col. Rick Fuentes led a strong negative response from New Jersey leaders in the immediate aftermath of Obama’s historic announcement on Wednesday of a prisoner swap and new efforts to open relations with Cuba for the first time since a trade embargo was established 54 years ago.

At issue was the return of Chesimard, a former member of the revolutionary Black Liberation Army convicted of murdering New Jersey State Trooper Werner Foerster in 1973. Following her 1977 trial in New Brunswick, before a jury selected from Morris County residents, she escaped from the Clinton Correctional Facility for Women in Hunterdon County on Nov. 2, 1979, in a brazen breakout executed by three armed BLA members.