Editor’s Note: In 2014, Fernando González-Llort became Vice President of the Cuban Institute for Friendship with the Peoples, better known by its Spanish acronym ICAP. While not technically a component of the Directorate of Intelligence (DI), ICAP is an intelligence front with a long history since its creation in 1960. It consists of a large cadre of collaborators who are overseen by a small team of embedded DI officers. González-Llort is now the ICAP President and a member of Cuba’s one-party Parliament.

During his years as a spy in America, he served in the Wasp Network – the largest espionage ring ever known to have operated against the United States. This network targeted the U.S. military; U.S. politicians at the local, state and Federal level, Cuban-American exiles and played a central role in the 1996 shootdown of two Brothers to the Rescue aircraft flying a humanitarian mission in international airspace.

Below readers will find an alternative version of this failed spy’s life from India’s “The Telegraph:” 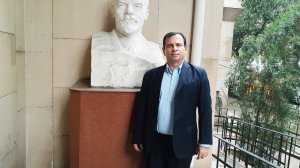 One of Cuban Five: Soldier, Spy and now a Politician

‘If big business funds you, who are you going to serve after getting elected?’

From 1998 to 2014, Left groups across the world usually greeted visiting American delegations with slogans demanding the release of the Cuban Five.

The five spies had infiltrated anti-communist militias of Cuban exiles in Florida and were arrested for espionage by the Federal Bureau of Investigation in 1998.

The last of the five was released in December 2014 in exchange for a Cuban national in jail for spying for the US. One of them, Fernando González Llort, released in February 2014, went on to become a member of Cuba’s parliament last year. He is also president of the Institute of Friendship with the Peoples (abbreviated in Spanish as ICAP) — the island nation’s international solidarity front.

Speaking to reporters here on Wednesday, González Llort, on a solidarity tour with Che Guevara’s daughter Aleida to mark 60 years of the Cuban revolution, said US President Donald Trump’s activation of Title III of the Cuban Liberty and Democratic Solidarity Act, 1996, in addition to the existing economic blockade, was “asphyxiating the Cuban economy”, especially its famed health sector.