Radio communications of the MiG29 responsible for the February 24, 1996 Brothers to the Rescue shoot down with the control tower in Cuba as the attack occurred killing Armando Alejandre Jr. (45 years old), Carlos Alberto Costa (29), Mario Manuel de la Peña (24), and Pablo Morales (29).

Editor’s Note:  “Operation Scorpion” was a joint mission conducted by the Directorate of Intelligence (DI) and the Cuban Air Force. Approved at the highest levels of the Castro regime, the operation involved months of planning and espionage work. The two unarmed search-and-rescue aircraft were shot down in international airspace. The mission of Brothers to the Rescue was saving rafters who had fled Cuba. 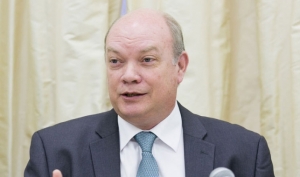 This week, Cuba’s Minister of Foreign Trade and Investment, Rodrigo Malmierca Diaz, is visiting Washington, D.C., where he will discuss business with Obama Administration officials and be fêted by the U.S. Chamber of Commerce.

Let’s be clear: Malmierca is not “the Cuban people.”

This trip is not about doing business with “the Cuban people” or any of the discredited rhetoric of the Obama Administration and its new Chamber friends, led by former U.S. Secretary of Commerce Carlos Gutierrez.

During this trip, Malmierca will distribute the Cuban dictatorship’s glossy 168-page book of 246 business “opportunities” with Castro’s state monopolies, which are run by its military and intelligence services.

You see — Malmierca is not simply Cuba’s Minister of Foreign Trade and Investment (MINCEX, Spanish acronym).

Rodrigo Malmierca Diaz is the son of Isidoro Malmierca Peoli, a historic Castro confidant and founder of Cuba’s counterintelligence and state security services. In the 1980s, Rodrigo himself entered Cuba’s intelligence services (known as “DGI“) as an officer in the Q-2 Department, which was tasked with “recruitment” and other operations against Cuban exiles. As a DGI officer, Rodrigo would serve under “diplomatic cover” at Castro’s Embassies in Brazil, Belgium and the Cuban Mission to the United Nations in New York. Then, in 2009, he was named Minister of Foreign Trade and Investment.

Rodrigo Malmierca is not the first senior MINCEX official to visit the United States.

In 1995 (that’s right 1995), Cuba’s Vice-Minister of Foreign Trade, Ismael Sene Alegret, traveled throughout the Midwest as part of a month-long Cuban “trade delegation” in the United States. (Click here to see how familiar this article reads). His goal was to “recruit” allies in the agri-business community.

Like Malmierca, Sene Alegret was a senior DGI officer.

Sene Alegret officially served in Cuba’s DGI from 1967-1997. (That’s right, he was still a DGI officer while serving at MINCEX). He was a senior Cuban intelligence official in Eastern Europe — with close KGB ties — where he headed missions in the former Czechoslovakia and Yugoslavia. 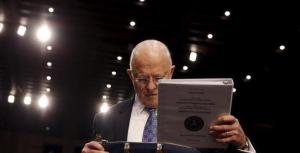 “Aw come on, Humberto,” you say!  “All nations embed spies in their diplomatic corps, for crying out loud. Let’s give Obama’s people a break on this one. How are they supposed to know which Cubans are the spies? It’s a jungle out there, amigo!”

Good point. Very true. In fact, U.S. intelligence services, regardless of the president they served, do not have an exactly stellar record with regards to Castro. To wit:

“Nothing but refugee rumors. Nothing in Cuba presents a threat to the United States. There’s no likelihood that the Soviets or Cubans would try and install an offensive capability (nuclear missile) in Cuba.”  (JFK’s National Security Advisor Mc George Bundy on ABC’s Issues and Answers, October 14, 1962. The sneering former Harvard Dean was reacting to warnings from “tacky right-wing McCarthyite!” Cuban-exiles.)

In fact, in 1987 Cuban Intelligence Officer Florentino Aspillaga defected in Prague and revealed that every single Cuban agent (4 dozen of them) the CIA had recruited to spy on the Castro regime since 1962 was in fact double-agent controlled personally by Fidel Castro.

“Moving to counterintelligence, the threat from foreign intelligence entities, both state and nonstate, is persistent, complex, and evolving. Targeting and collection of US political, military, economic, and technical information by foreign intelligence services continues unabated. Russia and China pose the greatest threat, followed by Iran and Cuba on a lesser scale. As well, the threat from insiders taking advantage of their access to collect and remove sensitive national security information will remain a persistent challenge for us.”

Exiled Cuban Journalist Omar Rodríguez: “The whole detention was a “mafia action to trade us” for the Cuban spies in prison in the U.S.” 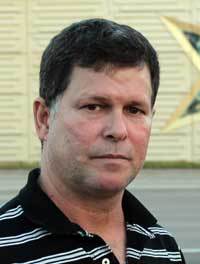 Years after their release, two Cuban journalists look back at lost years.

In March 2003 the world’s attention was transfixed on Iraq as the United States prepared to launch a divisive military assault on Saddam Hussein’s government. Meanwhile just 90 miles from U.S. shores, Cuban President Fidel Castro seized the opportunity to launch an assault of his own on internal critics–an offensive that drew little attention from an international community focused on the  prospect of war in the Middle East.

On April 2, as U.S. forces neared Baghdad, Cuban reporter and photojournalist Omar Rodríguez Saludes returned to his home in Havana late. There, Cuban police were waiting for him. They searched his house, finding a 2002 New York Times’ article highlighting his work as one of about 100 independent journalists working in the Communist nation. “I remember they shouted with surprise: ‘Look at this!’” says Rodríguez. “For them that was as if they found a bomb.”

Rodríguez was one of 75 journalists, human rights activists and political dissidents arrested in a sweep that became known as Cuba’s “Black Spring.” For Rodríguez and others rounded-up, the arrest was a life-changing event. All would languish in prison for years after show-trials on charges of undermining the government.  “This is following Sept. 11th, the world is focused on the U.S. intervention in Iraq,” says Ted Henken, a Latin American studies researcher at Baruch College in New York. “The suspicion is that it was done because no one was paying attention.”

Rodríguez, a former shipyard worker who loved photography, was recruited into journalism in the early 1990s by Raúl Rivero, a poet and former correspondent for Cuban state media who broke with the regime in the late 1980s and became a leader of Cuba’s fledgling independent press. Rodríguez would walk and bicycle about the countryside taking pictures “trying to show the contrast between the government’s narrative and the real destruction” of Cuba’s economy and political freedoms.

Since independent news media is banned inside Cuba and Internet access is a luxury for the rich even today, Rodríguez’s news agency, Nueva Prensa Cubana, mainly distributed his photos and reports to a U.S. audience of Cuban exiles. “Our job was to show our reality to the outside world,” he says.

Feature continues here: Was “Black Spring” A Failed Attempt at a Spy Swap? 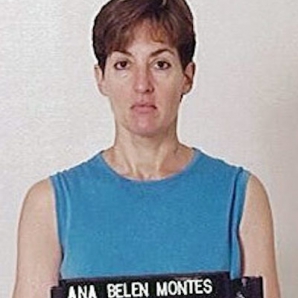 The U.S. government has imprisoned Ana Belen Montes for almost 15 years. Now an international campaign on her behalf is gaining steam with committees active in Latin America, Europe, Canada, and the United States. Arrested by the FBI two weeks after September 11, 2001, and charged with conspiring to commit espionage for Cuba, this high – level analyst for the U.S. Defense Intelligence Service avoided a death sentence for treason by pleading guilty and telling all to the U. S. Justice Department.

Three petitions, accessible here, here and here, are circulating; one asks for her release, two for humane treatment. Defenders charge that in prison in Texas, Montes is isolated from the general prison population and prevented from receiving visitors, telephone calls and emails.

Advocates face an uphill battle. Documents relating to her trial and press reports then and since portray her as a U. S. citizen who took the wrong side in a U. S. war. Government officials probably despised one of their own who betrayed them. Maybe her family’s Puerto Rican origins gave rise to suspicions she sympathized with Cuba and Puerto Rico’s shared anti-colonial struggle. True or not, her fate stands as a warning for Puerto Ricans.

With U. S. war against Cuba continuing, the U.S. government likely will resist both easing up on her prison conditions and releasing her. For the new solidarity movement she is a hero, but really she’s a special kind of hero: a prisoner of war true to her cause.

There was a war. While the U. S. government shied away from military invasion after the failed Bay of Pigs venture in 1961, warlike aggression was the norm until the 1990s. At one time or another, U. S. government agents or proxy warriors carried out sabotage, armed thuggery in the Cuban hinterlands, microbiological warfare, bombings of tourist facilities, and miscellaneous terror attacks throughout the island. Few would deny that the bombing of a fully loaded Cuban passenger plane in 1976 was an act of war.

The U. S. economic blockade, engineered to deprive Cubans of goods and services essential for their survival, caused yet more distress. U. S. government leaders believed misery would induce Cubans to overthrow their government. Aggressors within the George W. Bush administration had a replacement government waiting in the wings.